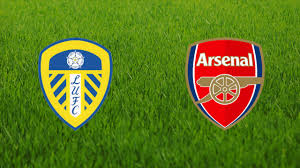 We are having a trip to the Elland Road because on Sunday Leeds United are going to
host Arsenal in a very intriguing game from the Premier League. This is the 9th round of
the competition. Let’s take a look in our football prediction betting tips today.
Let’s start with the visitors here. Arsenal are in a serious need of win here because they
have lost three of their last four matches in the Premier League. Surely this is not
acceptable – not for a team with such ambition and high goals.
This is probably Mikel Arteta’s most difficult moment since he is managing the club. The
young Spanish coach already won two trophies with the club, but now he’s under a serious
pressure to improve the team’s results. The clouds over his head could get really dark if
Arsenal suffers another loss on Sunday.
Most likely Arteta will try some new things regarding Arsenal’s line-up. Players like David
Luiz, Nicolas Pepe, Dani Ceballos and Edward Nketiah are all options for the line-up. They
were benched in the previous game before the international break.
Leeds United also need to make a push on Sunday. The Peacocks are not enjoying
positive results lately. Marcelo Bielsa’s team lost three of its last four matches in the
Premier League, so Leeds are also fired up for this game.
Before the break Leeds lost for a 4th time since the beginning of the season. The
Peacocks traveled to face Crystal Palace in London, but suffered a 1-4 defeat at the
Selhurst Park.
That’s our football prediction betting tips today for the Premier League game between
Leeds United and Arsenal at the Elland Road. Here we have two teams who will fight for
the win here because of their mediocre results in the last month or so. Let’s see what’s
going to happen.