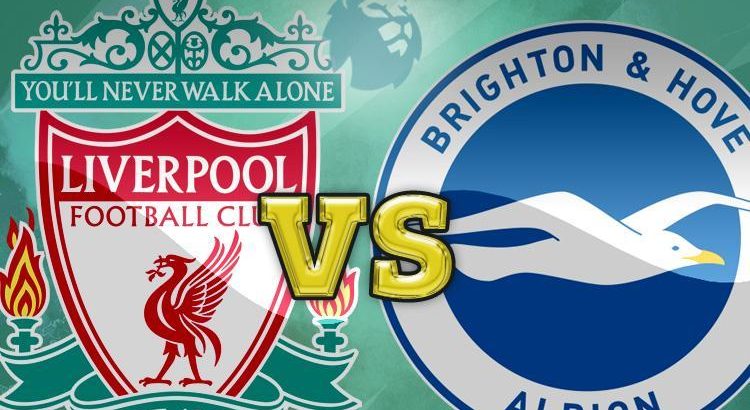 Champions Liverpool host Brighton &amp; Hove Albion at the Anfield in a game from the 22th
round of the Premier League. With our free sure soccer tips we will try to offer you a good
preview of this match.
With two wins in their last two matches Liverpool started to get back on their feet. The
Reds had some serious slump in form which now puts them 4 points behind the leaders
Manchester City. The title race is still open, though – the Reds have enough time to fix their
mistakes.
In the previous round Liverpool secured their 11th win for the season. Jurgen Klopp’s team
had a complicated visit to West Ham in London, but they went home with a 3-1 win.
Mohamed Salah shined with a brace for Liverpool while Gini Wijnaldum scored one as
well.
Liverpool’s manager Jurgen Klopp never seemed to be too worried about his team’s
unconvincing form. Let’s see if he can bring the Reds back to their best in this decisive
phase of the campaign.
The champions still have a lot of problems with players that are sidelined. Virgil van Dijk,
Fabinho, Joel Matip, Naby Keita, Joe Gomez and Diogo Jota remain injured. That’s huge
problem for the German manager as his squad is really thin right now.
Brighton &amp; Hove Albion approach this visit to Liverpool after a terrific 1-0 win over
Tottenham Hotspur at the American Express. It was the Belgian midfielder Leandro
Trossard who scored the only goal in the game after 17 minutes of playing. With these
three points the Seagulls are now 7 points ahead of the 18th Fulham and the relegation
zone. It was a really important win for them.
That’s the free sure soccer tips for the Premier League match between Liverpool and
Brighton &amp; Hove Albion at the Anfield Road. Liverpool will aim to make it three in a row on
Wednesday. Let’s see.