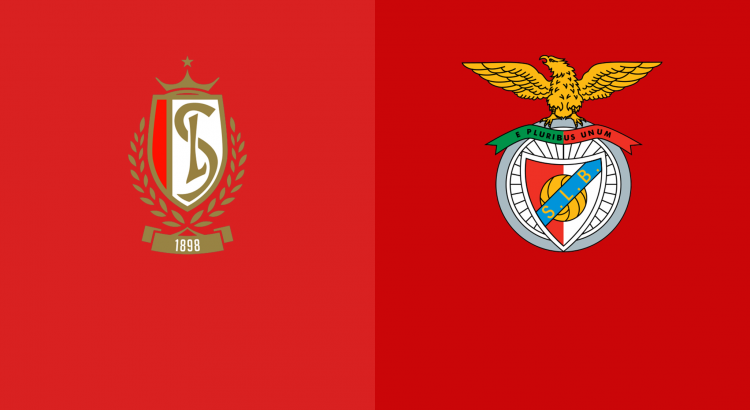 Standard Liege hosts Benfica at the Stade Maurice Dufrasne in a game from Group D of
Europa League. Our free soccer betting tips for this match are following now.
Standard Liege seriously dissapointed with their performance in Europa League this
season. The Belgian side is currently at the bottom of the group standings with 3 points
won and they already said goodbye to the tournament. For Standard this is going to be a
last game in Europe for the 2020/21 season.
One win and four losses – this is Standard Liege’s record in Europa League this season.
Their only win came in the game against Lech Poznan. Last week the Belgian team lost for
a 4th time. Standard faced Rangers in Glasgow, but suffered a 2-3 defeat. Maxime
Lestienne and Duje Cop scored the visitors’ two goals in the game.
Benfica are playing to win the first place in the group. Right now the Portuguese giants are
second in the standings with 11 points, but having the same amount of points as the
leaders Rangers. This means that Benfica must win in Liege and hope that Rangers will
make a mistake against Lech in Poznan.
Three wins and two draws – this is how Benfica are doing in Group D so far. Last week the
Eagles hosted Lech Poznan at Estadio da Luz and enjoyed a terrific 4-0 win. Jan
Verthongen scored in the first half while Nunez, Pizzi and Weigl scored after the break.
These are our free soccer betting tips for the Europa League game between Standard
Liege and Benfica on Thursday. For the hosts this game is kind of pointless now, but the
visitors are still trying to win this group. There’s no doubt about it – Benfica will be playing
for the win in Liege. We believe they are favourites here.